Here's why Firefox is making connections to detectportal.firefox.com on start

Some Firefox users noticed that the browser establishes connections to the detectportal.firefox.com web site. Here's why and how to prevent it from that behavior.

The connection to the detectportal.firefox.com address is one of the first connections that Firefox makes automatically. This can be seen on the following screenshot: 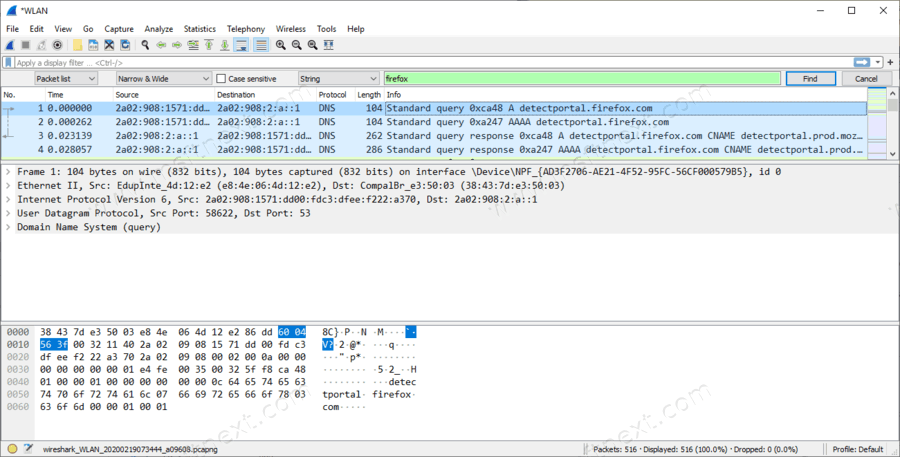 This happens because Firefox is trying to detect if your connection is limited and requires an extra authorization. This is common for hotel wi-fi networks and some other network providers.

The thing is known as 'Captive Portal'. When the browser is trying to establish a connection to a web site, if it is not authorized via the Captive portal, the connection is aborted. This means that the browser, and any other app that requires an Internet connection, cannot load the required web page.

If you never use such networks, for example, you use Firefox on your home PC, you may want to disable the captive portal detection feature, and block connection attempts to detectportal.firefox.com​.

To Disable Captive Portal in Firefox and Connection to detectportal.firefox.com

Tip: In About:Config, you can also set Update captivedetect.canonicalURL to an empty string. You can also add the detectportal.firefox.com domain in your hosts file pointing to 127.0.0.1.

If you are Firefox VPN user, when setting ‘network.captive-portal-service.enabled’ to false, Firefox Private Network may fail to make a connection.

Finally, there are some more domains you may want to add to the hosts file. They are also serve for internal Firefox needs, e.g. for collecting stats and telemetry. They are not required for regular browsing tasks and receiving browser updates. Here is the list:

We use cookies to ensure that we give you the best experience on our website. If you continue to use this site we will assume that you are happy with it.Ok