The day before, Microsoft released a new Windows 11 Insider build  22572 for the Dev channel. In includes a tabbed interface for File Explorer that allows you to open multiple folders in one window. This was found out by a well-known insider Rafael Rivera.

At the moment, the function is still hidden from users’ eyes, since development has not yet been completed. It’s worth noting that features that appear in builds on the Dev channel may never make it to release, although in this case Microsoft is unlikely to abandon this innovation. 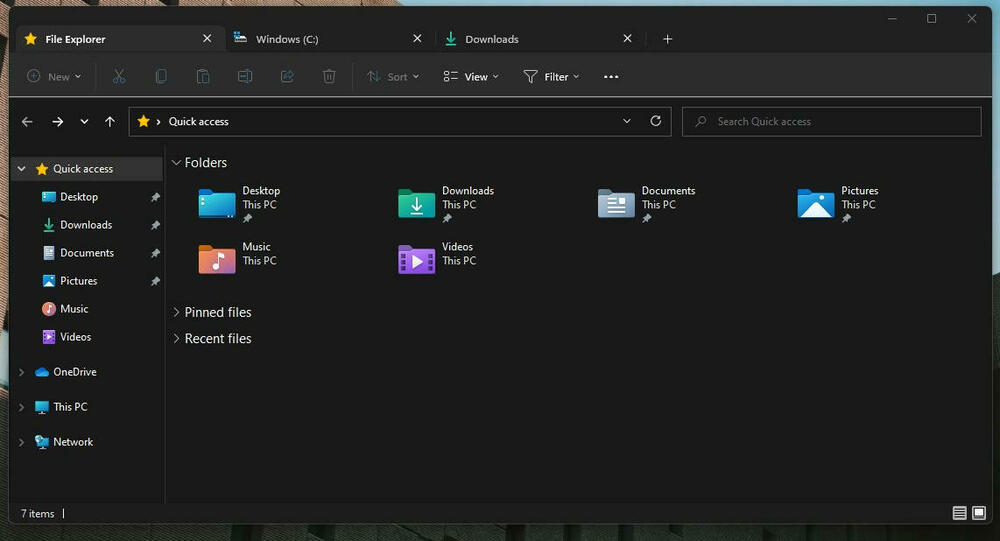 We expect File Explorer’s tabbed interface to be part of the next feature update for Windows 11, which is scheduled for the second half of the year.

The feature works similar to tabs in Microsoft Edge. It allows you to open multiple tabs for any folder in File Explorer. For a huge number of open tabs File Explorer will show the scroll buttons. 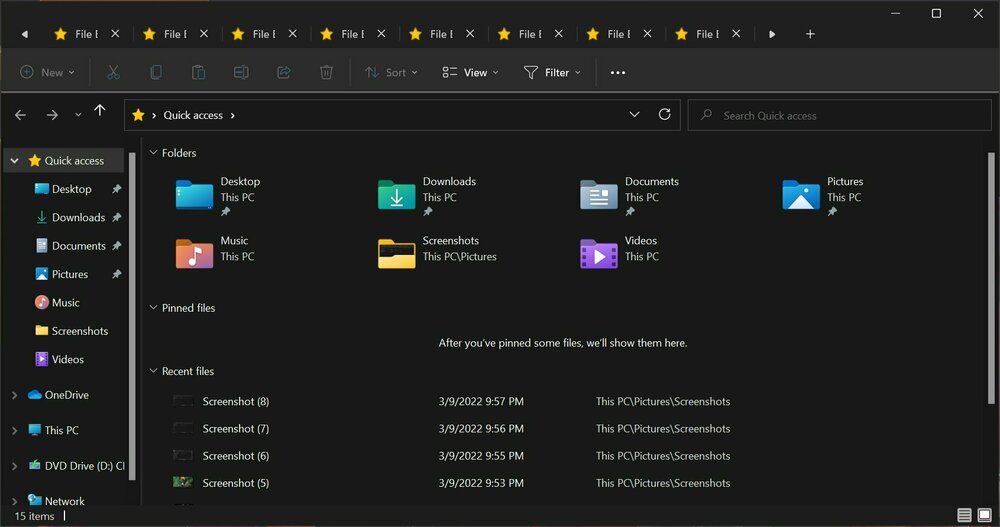 You can also open tabs for system sections like This PC, Quick Access, Recycle Bin, and so on. Also, you have an option to create new or close open tabs. Finally, the tab row supports the dark mode. Microsoft is yet to officially announce the tabs feature.

We use cookies on our website to give you the most relevant experience by remembering your preferences and repeat visits. By clicking “Accept”, you consent to the use of ALL the cookies.
Cookie settingsACCEPT
Manage consent

This website uses cookies to improve your experience while you navigate through the website. Out of these, the cookies that are categorized as necessary are stored on your browser as they are essential for the working of basic functionalities of the website. We also use third-party cookies that help us analyze and understand how you use this website. These cookies will be stored in your browser only with your consent. You also have the option to opt-out of these cookies. But opting out of some of these cookies may affect your browsing experience.
Necessary Always Enabled
Necessary cookies are absolutely essential for the website to function properly. This category only includes cookies that ensures basic functionalities and security features of the website. These cookies do not store any personal information.
Non-necessary
Any cookies that may not be particularly necessary for the website to function and is used specifically to collect user personal data via analytics, ads, other embedded contents are termed as non-necessary cookies. It is mandatory to procure user consent prior to running these cookies on your website.
SAVE & ACCEPT