How To Add Libraries Desktop Icon in Windows 10

The Libraries feature was first introduced in Windows 7. It is really useful way to organize your files. Libraries can include files from several different folders and show them under a single, unified view.

Libraries in Windows were created to allow users to access different files and folders from a single, unified interface. In Windows 7, the libraries could be accessed from the Explorer’s navigation bar; in subsequent versions of the system, the way to access them was changed. In Windows 8.1, they were removed from the navigation bar, in Windows 10, instead of libraries, it was suggested to use the “Folders” section in “This PC”.

Tip: You might want to enable Libraries in File Explorer in Windows 10. The procedure is explained in detail in the following blog post.

This tutorial will show you how to add the Libraries desktop icon in Windows 10. 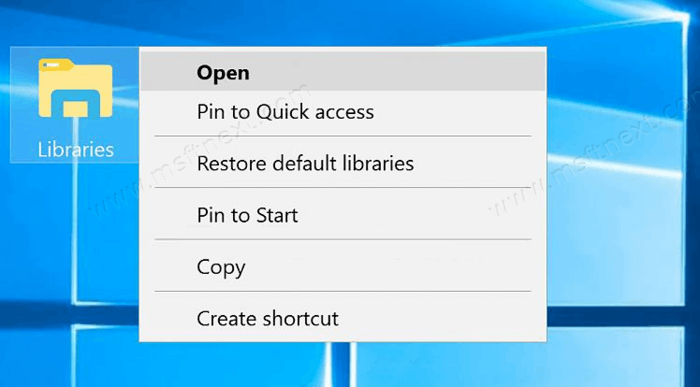 In order to avoid Registry editing, you can download these Registry files (*.REG). The undo tweak is also included.

Also, there is an option to make File Explorer open This PC instead of Quick Access in Windows 10. Check out the following blog post.